My work in Tamale

An interesting week to be sure! I've had an incredible opportunity to take part in the assessment phase of a CIDA funded project. CIDA is the Canadian International Development Agency, they're the people who figure out how to spend Canada's Official Development Assistance, which is the money that the Canadian Government sends to countries like Ghana to help in the nation's development. This particular project was known as Community-Driven Initiatives for Food Security (CIFS). They worked with local government bodies to draw up development plans for each community that would be used by those governement bodies. The CIFS project would then work with the community to pick one Food Security issue to adress through one of several possible initiatives. Some initiatives involved providing goats and sheeps to communities along with animal health services and training. Others helped create the physical infrastructure, like market stalls, for a community to operate a funtioning market. Another involved building a grain bank to be used as a storage facility for the entire community.

As the project is in its final year, they are doing an internal assessment to try and develop some lessons learned and best practices, and to make recommendations on how to properly go about either an exit strategy or an extension of the project. They brought together various groups of people who've been involved in the implementation of the project to get their views, experiences and opinions. My role was to record everything that was said at these workshops and turn in into a readable report that can be referenced later as part of the entire assessment. It's been a great chance to learn about how a project operates, see how Canada has impacted communities in Ghana, and learn a lot about the government structures and functions.

During this experience I was staying in an incredible little hotel with amazing service, air conditioning and internet in my room. I have to say, it was nice to be spoiled for a few days. On Friday I met up with a bunch of other JFs who've come into Tamale for a team meeting to make recommendations on what EWB should be doing in the coming months in the districts where they've been working. It was great to see them all again, share stories, and learn about the work they've been doing.

Last night we went out to supper and we had some great conversations, ranging from how the British girls here in Tamale think Adam is really cute, to what sort of economic system functions the best, to how to properly avoid malaria (only two Ghana JFs are still malaria free!).

Seeing as how I haven't really done anything that was visually remarkable this week, I thought I might put up the pictures of my home in Pong-Tamale. 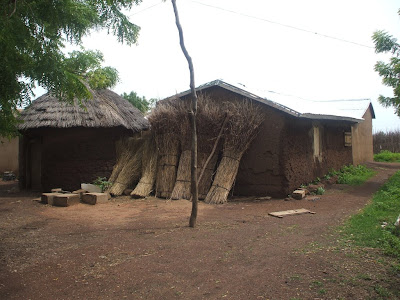 This is my compound viewed from outside. Half is roofed in tin, half is thatch. 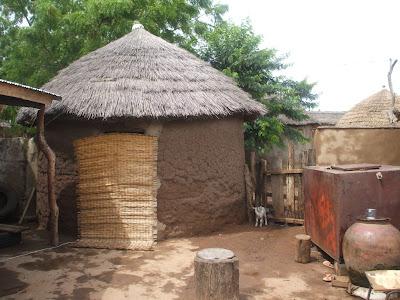 This is the entrance to the compound an my host father's hut, viewed from inside the courtyard. 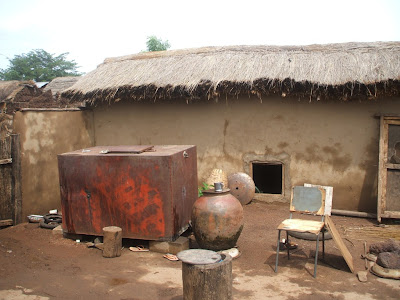 A slight turn right and you see the tank that holds the households water and the building where livestock and poultry are kept. 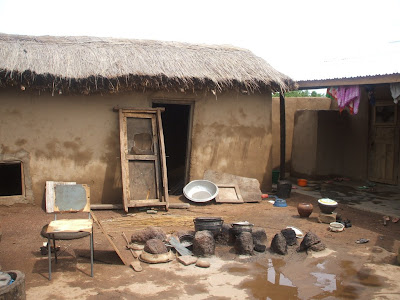 Shift a little more to the right and you see the rocks that make up the cooking area, the other room where animals are kept.The bathing spot is the walled area at the back. 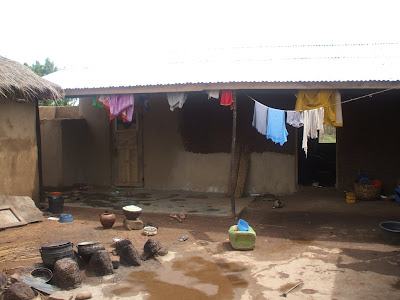 Keep turning and you see the room where my host mother and the younger children stay on the left, clothes hanging to dry and another room that's just used as storage. 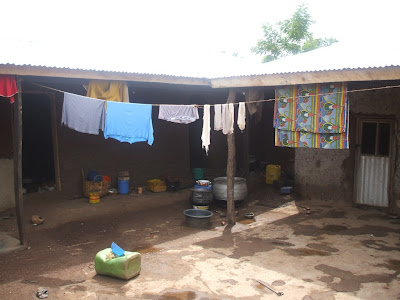 Here is the area for cooking when it rains, a second storage room and a second, less used bathing spot. The door on the right is my host brother's room. 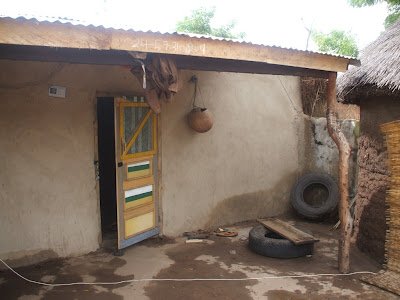 This is the door to my room. When I get around to tidying it up, I'll let you see inside. You can see the edge of my host-father's hut on the right, completing our 360 degree tour of the inside of the compound.
Posted by Evan at 5:08 AM 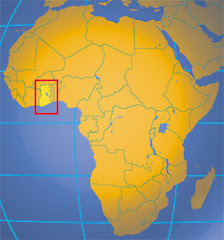 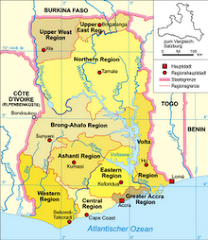